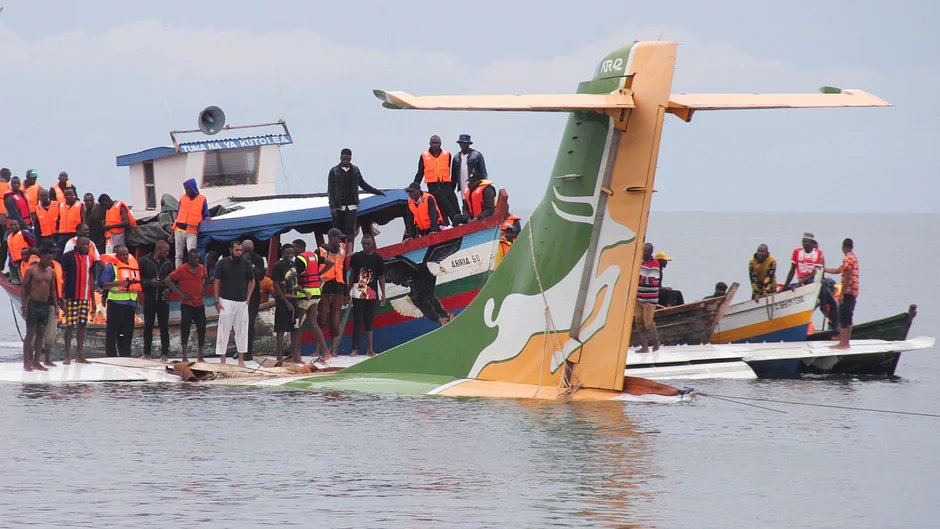 An airplane crash in Tanzania has left at least 19 people dead and many injured after the plane was attempting to land during stormy weather. 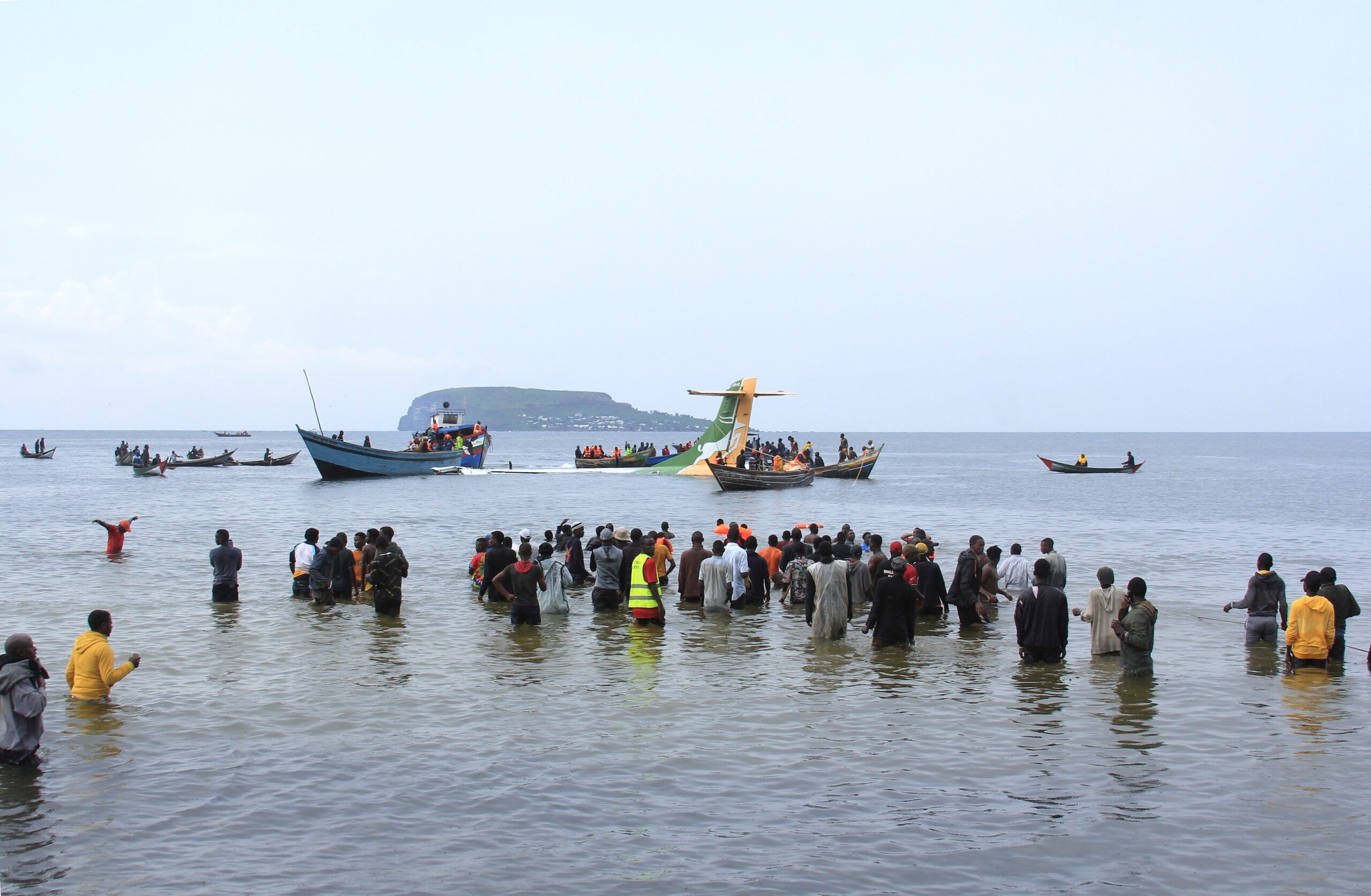 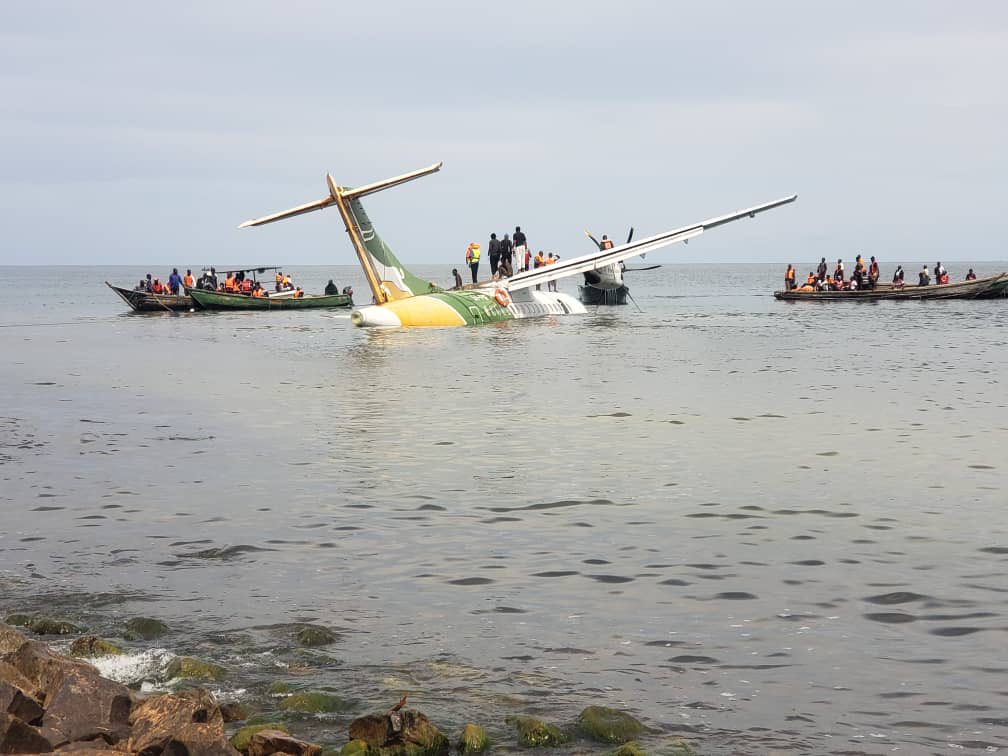 According to regional commissioner Albert Chalamila, the aircraft (an ATR42-500 owned by Precision Air) crashed in Lake Victoria as it was preparing to land. It originally departed from Dar es Salaam and was operating as PW 494. Search crews recovered 26 survivors from the aircraft, adding to the possibility that there may have been more people on the plane than previously disclosed. In an earlier statement, Tanzania authorities said there were 43 people on the aircraft, but based on numbers recovered, search crews have encountered a total of 45 people. When asked about the discrepancy in numbers, the regional commissioner said, “We are continuing to investigate. There is a possibility that two people were not onboard but died during the rescue effort.” 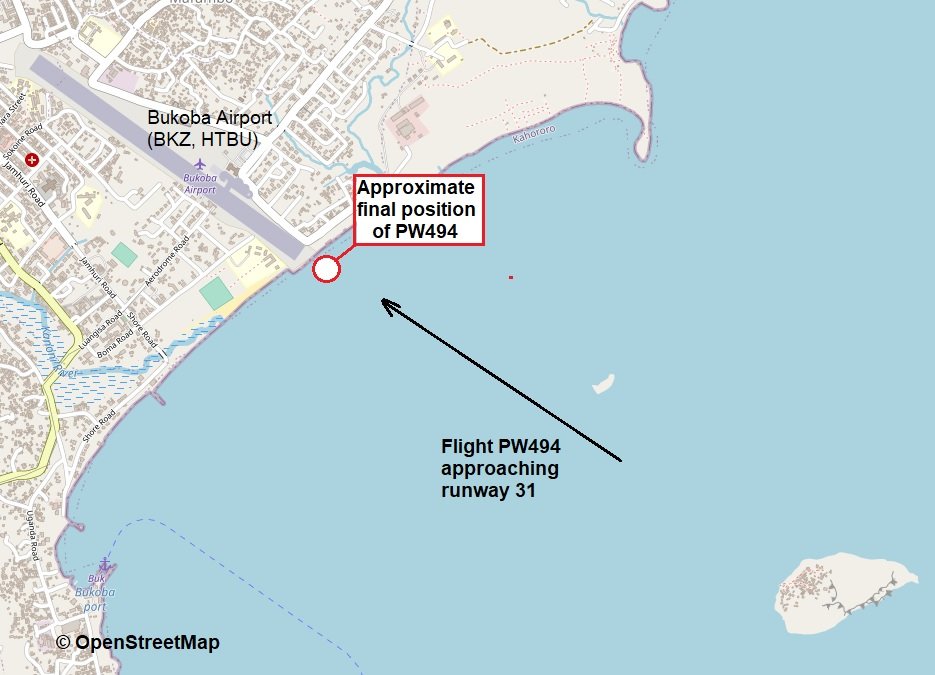 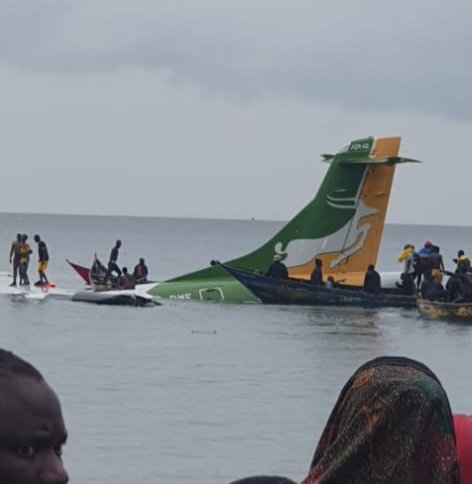 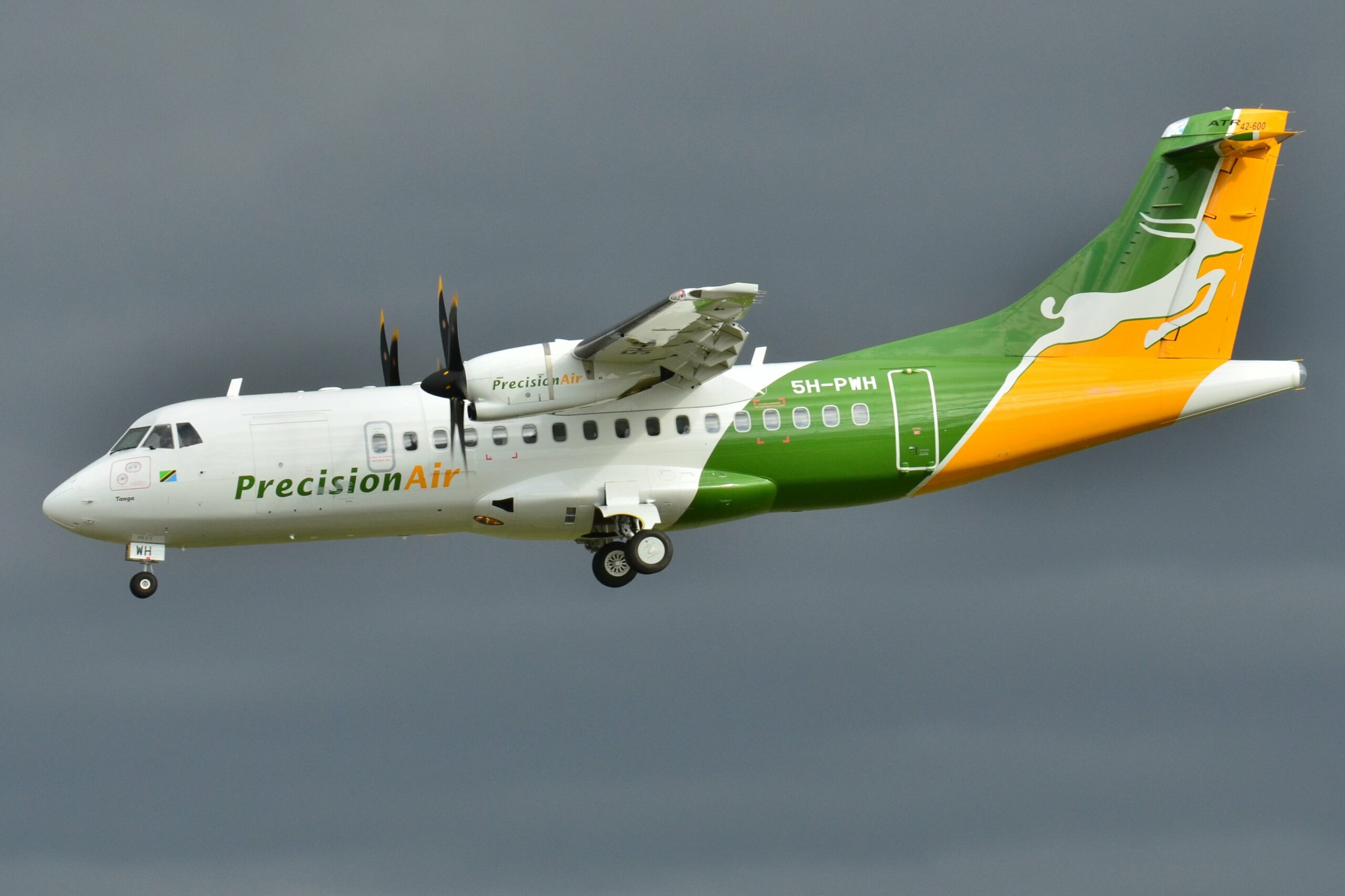 The airline releases a statement:
Precision Air, the largest privately-owned airline in Tanzania, said, “We regret to announce that Precision Air flight no PW 494 with 39 passengers onboard flying from Dar es Salaam to Bukoba has been involved in an accident as it was approaching Bukoba airport. The rescue is ongoing and we can confirm 26 passengers have been rescued and rushed to the hospital for medical care. An investigation team consisting of Precision Air technical staff and TAA (Tanzania Airports Authority) has also departed to join the rescue team on the ground.” 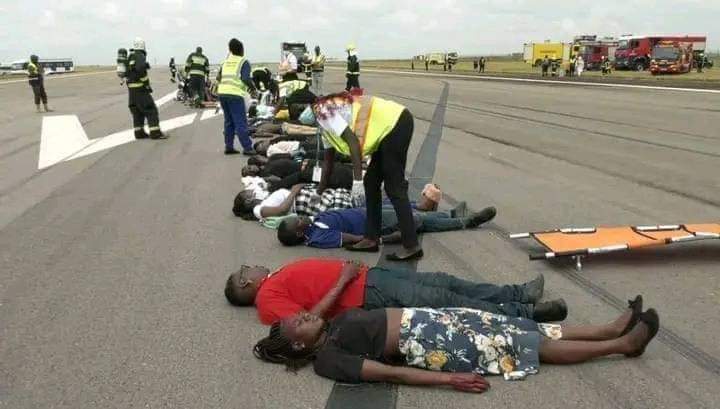 Top officials react:
In a statement, Prime Minister Kassim Majaliwa said, “All Tanzanians join you in mourning these 19 people … who have lost their lives.” Tanzanian President Samia Suluhu Hassan also released a statement saying, “I have received with sadness the news of the accident involving Precision Air’s plane. Let’s be calm at this moment when rescuers are continuing with the rescue mission while praying to God to help us.”