Russia Confirms Use of Hypersonic Missile in Ukraine Russia has confirmed the use of a hypersonic missile in Ukraine to destroy a weapons storage warehouse in the country’s west.

President Vladimir Putin has termed the Kinzhal (Dagger) missile “an ideal weapon” that flies at 10 times the speed of sound and can overcome air-defense systems. The Kinzhal missile was one of an array of new weapons Putin unveiled in his state-of-the-nation address in 2018. In that speech, Putin said Russia’s new hypersonic missiles could hit almost any point in the world and evade a United States-built missile shield.

The Pentagon has been increasingly concerned about Russia’s hypersonic missile developments over the years and has been ramping up its own development of similar weapons. 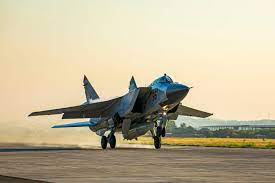 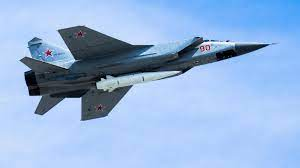