FOIA Request Reveals That 10 CIA Employees Have Committed Sex Crimes Against Children, Only One Prosecuted 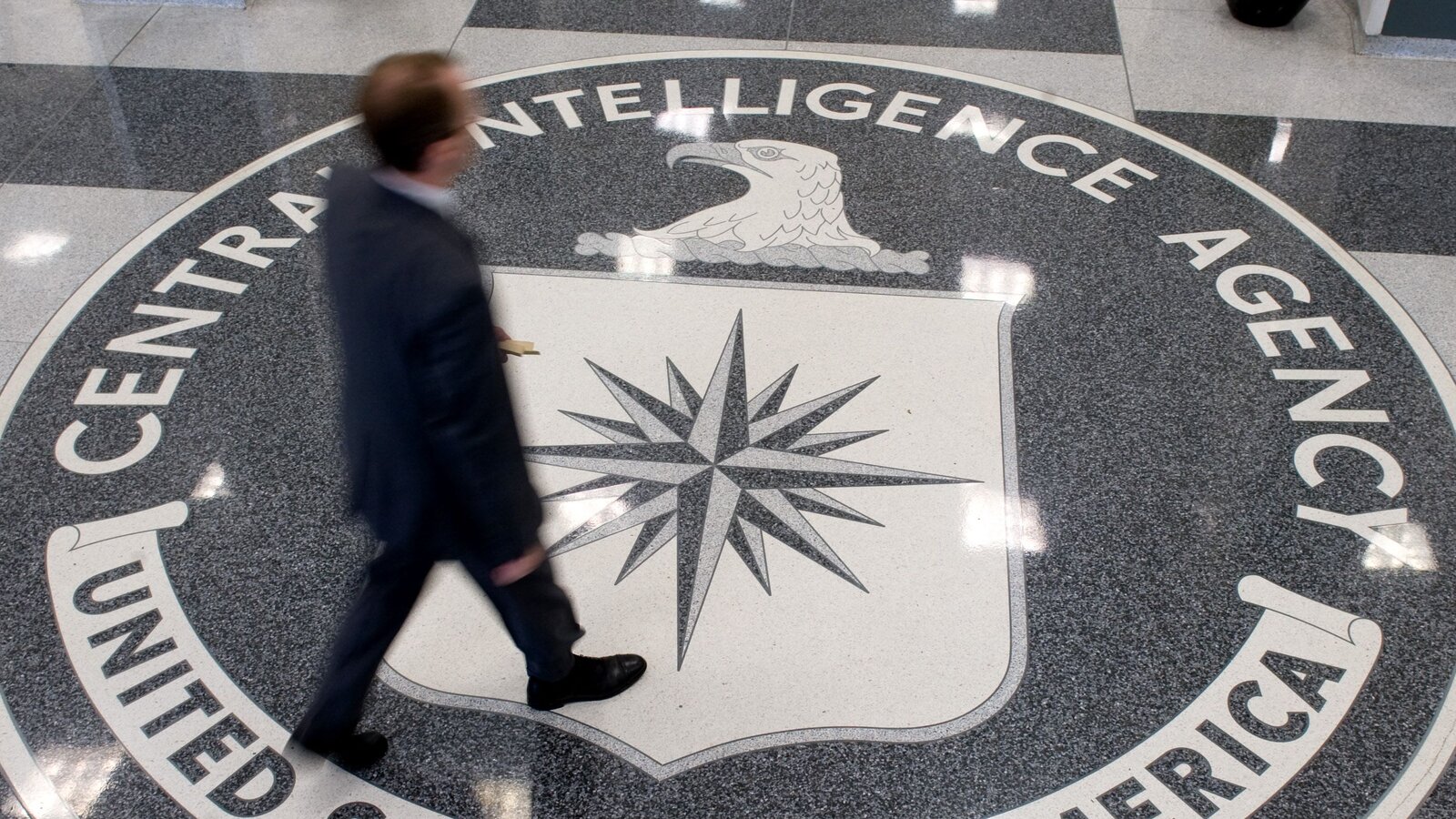 (Heavily underreported):
Freedom of Information Act (FOIA) requests show that at least 10 CIA employees have committed sex crimes against children and only one was ever formally charged with a crime.

The information, which was obtained by an attorney for Buzzfeed news details multiple examples of sexual abuse that CIA employees and contractors were involved in with children. All incidents were handled internally except for one case.

The FOIA request shows that
A CIA employee had sexual contact with a 2 and 6-year-old. This resulted in the CIA firing him, no charges were filed.

A CIA employee purchased three sexually explicit videos of young girls filmed by their mothers. This resulted in his resignation, no charges were filed.

A CIA employee viewed 1,400 sexually abusive images while on assignment.  Does not detail what punishment received.

A CIA contractor arranged sex with an undercover FBI agent posing as a 9-year-old girl. This resulted in his contract being suspended.

Following the release of information, the CIA did not answer detailed questions to Buzzfeed but did add that the agency “takes all allegations of possible criminal misconduct committed by personnel seriously. 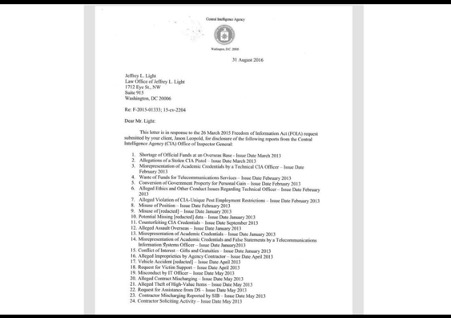 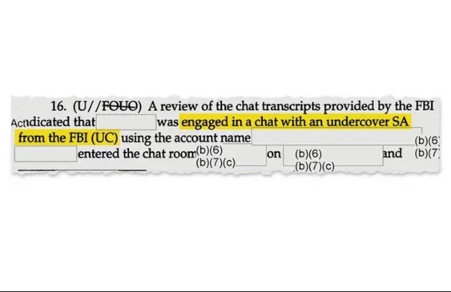 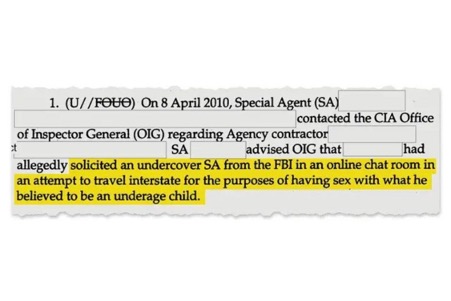 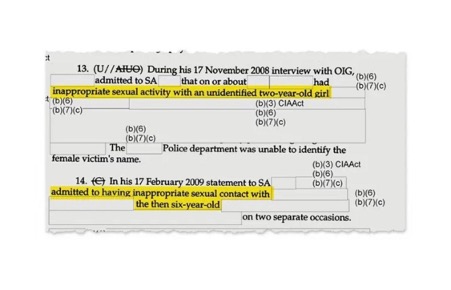 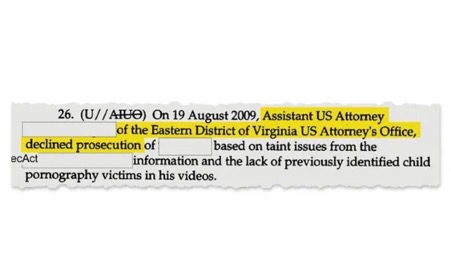 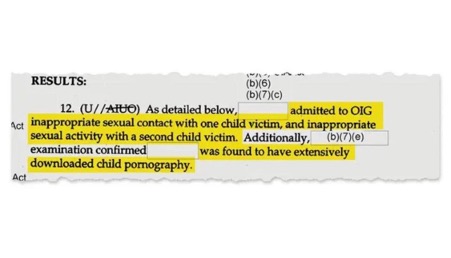