Peter Nygard, (the multimillionaire and fashion mogul) will not be facing any criminal charges after Canadian prosecutors declined to authorize charges against him for sexual assault, rape, and forcible confinement. Nygard (who has been relatively underreported by media outlets) is accused of operating a major sex trafficking ring similar to Jeffrey Epstein and is currently awaiting extradition to the United States where he faces charges for sex trafficking, rape, and more. Winnipeg police chief Danny Smyth said that their investigation into Nygard involved 29 witnesses and a compilation of more than 1,600 documents.

Smyth said they submitted 8 cases to prosecutors who ultimately declined to prosecute Nygard. In a statement, Smyth said, “We acknowledge and respect the decisions made by justice officials”. Nygard, the former head of a multimillion-dollar clothing company “Nygard International” now faces charges from the Southern District of New York where US authorities accuse the multimillionaire of using his influence in the fashion industry to lure underage girls to him with the promise of modeling careers and other financial opportunities.

In a nine-count indictment filed last December, U.S. prosecutors accuse Nygard and others of using the company’s “funds, employees, resources and influence” to recruit dozens of victims, most of them minors, in Canada, the United States, and the Bahamas for his sexual pleasure and that of his friends + business associates. Prosecutors say the alleged scheme began in 1995 in which Nygard specifically targeted women from “disadvantaged economic backgrounds”. Nygard would allegedly abuse these women at various locations including a private island in the Bahamas, relatively close to Jeffrey Epstein’s island. In a previous investigation by our team, we uncovered that Epstein and Nygard have crossed paths before. Specifically, an LLC tied to one of Jeffrey Epstein’s former aircraft transferred a boat to Nygard international in late 2009. 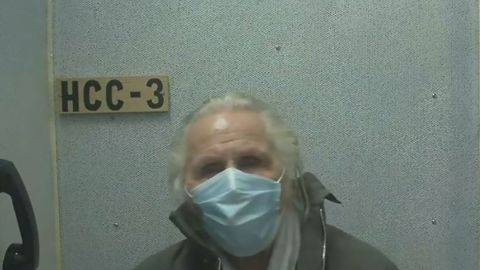