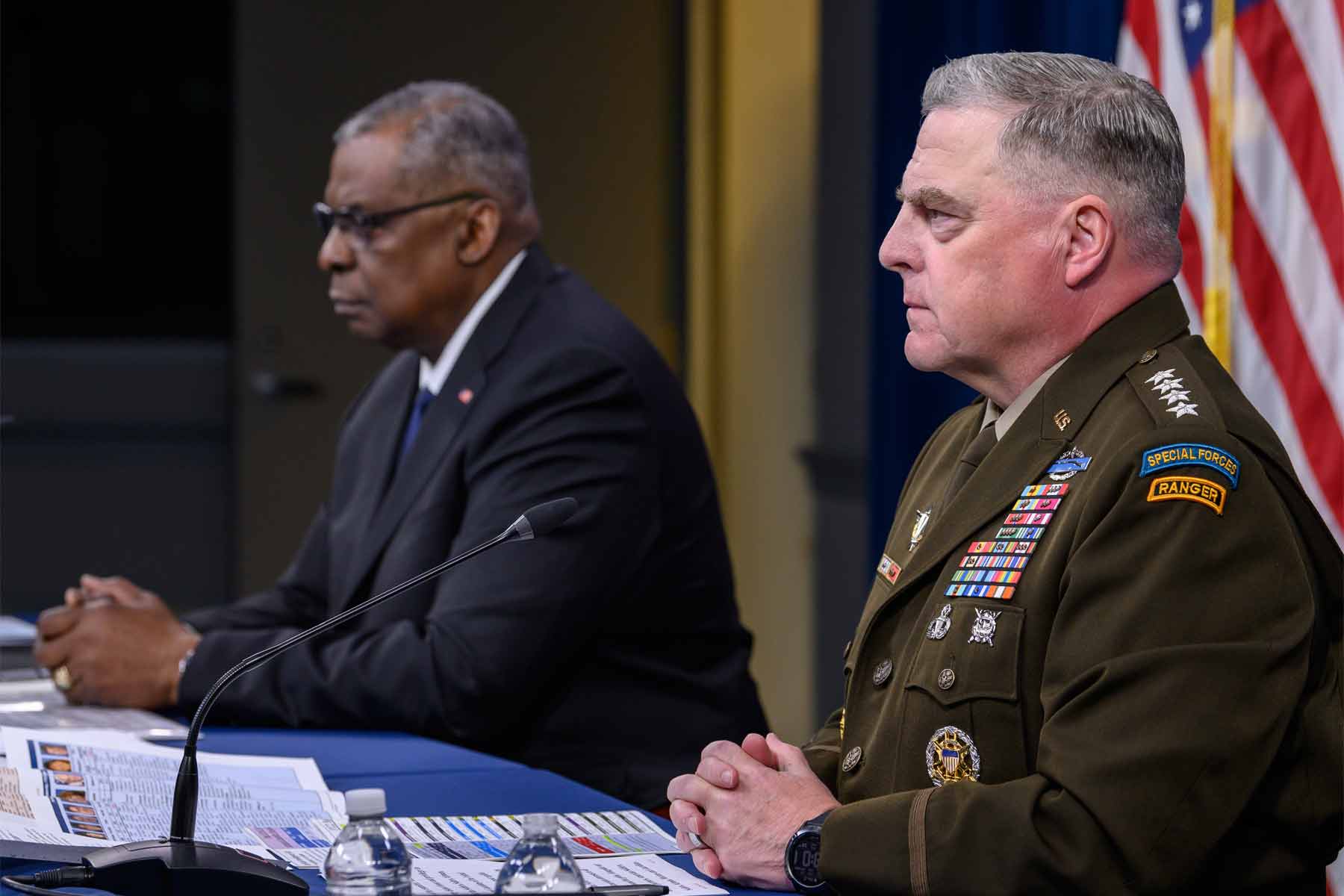 General Mark Milley and Secretary of Defense Lloyd Austin are on Capitol Hill testifying over a proposed military budget for the next year. We are currently monitoring the proceedings, attached are some takeaways:

General Mark Milley:  “The United States is at a very critical and historic geo strategic inflection point. We need to pursue a clear-eyed strategy of maintaining the peace through the unambiguous capability of strength relative to China and Russia.”

General Mark Milley: “We are witnessing, right now as we sit here, the greatest threat to peace and security of Europe and perhaps the world in my 42 years in uniform.”

General Mark Milley: “We are now facing two global powers, China and Russia, each with significant military capabilities, both who intend to fundamentally change the current rules-based [global] order.”

General Mark Milley: “In alignment with the National Defense Strategy and the forthcoming National Military Strategy, this budget delivers a ready, agile, and capable Joint Force that will defend the Nation.”

Defense Secretary Lloyd Austin: “I’m proud that our budget seeks more than $130b for research, development, testing, and evaluation — the largest R&D request this Department has ever made. This includes $1b for artificial intelligence, $250m dollars for 5G, nearly $28b for space capabilities.”

Secretary of Defense Lloyd Austin: “We’re seeking your support for a 4.6% pay raise for our military and civilian personnel and other special pay and benefits. We also plan to invest in outstanding and affordable childcare in the construction of on-base child-development centers.”