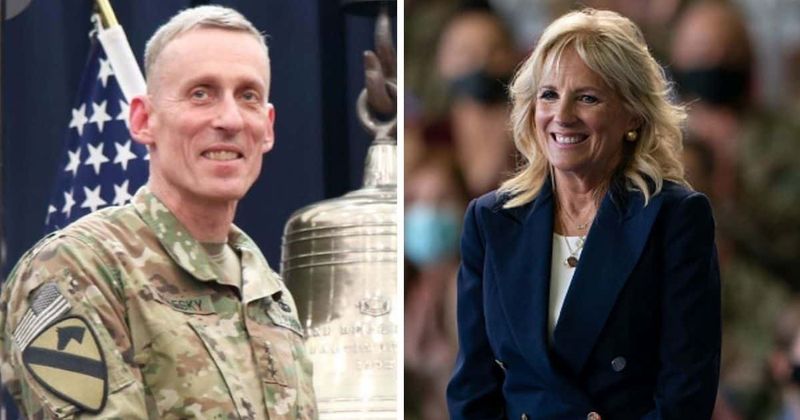 A retired three-star Army general has been suspended from duties as an adviser after posting critical comments about first lady Jill Biden. 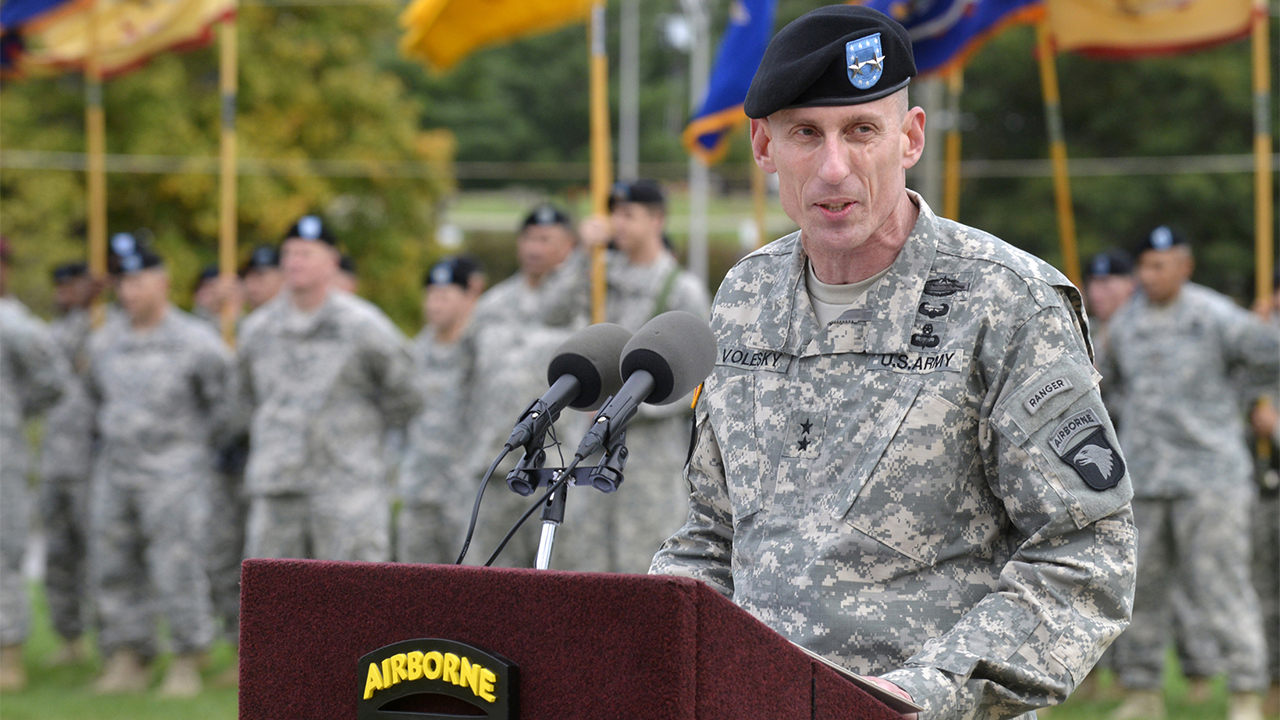 Army spokeswoman Cynthia O Smith confirmed that Retired Lt. Gen Gary Volesky (who was serving as a senior mentor for active-duty officers) was suspended from his duties. Smith did not give a reason for the suspension but added that the move was “pending the outcome of an inquiry.” 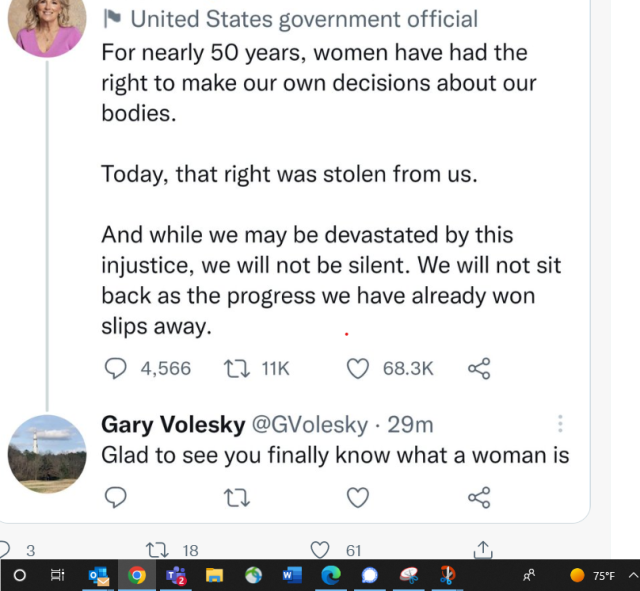 This comes after a Twitter account linked to Volesky replied to a tweet from the first lady that said “For nearly 50 years, we have had the right to make our own decisions about our bodies. Today, that right was stolen from us.” Volesky replied to the tweet saying “Glad to see you finally know what a woman is.”