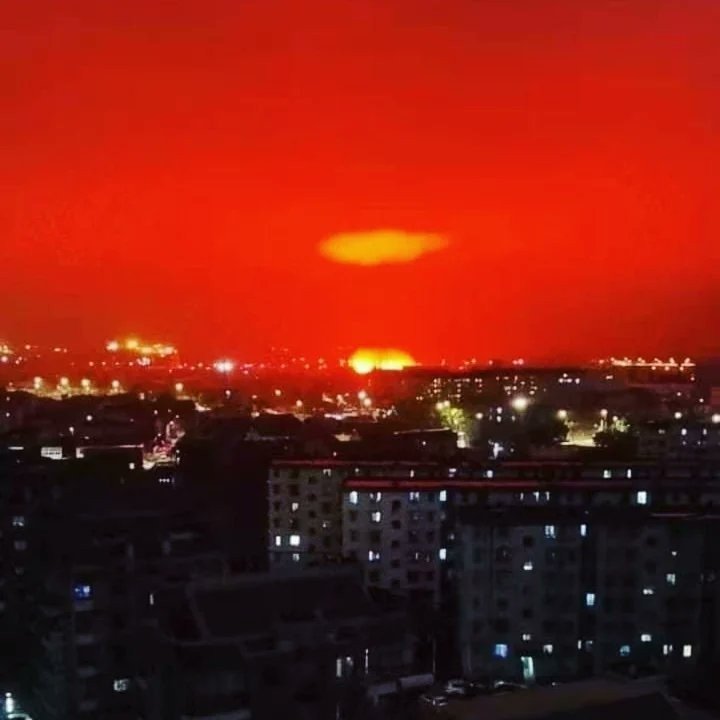 Chinese citizens who live in an eastern port city were left shocked after the skies above them turned red in a bizarre incident. Chinese government-controlled media outlets have issued statements regarding the unusual red skies, but many are not buying the explanation. 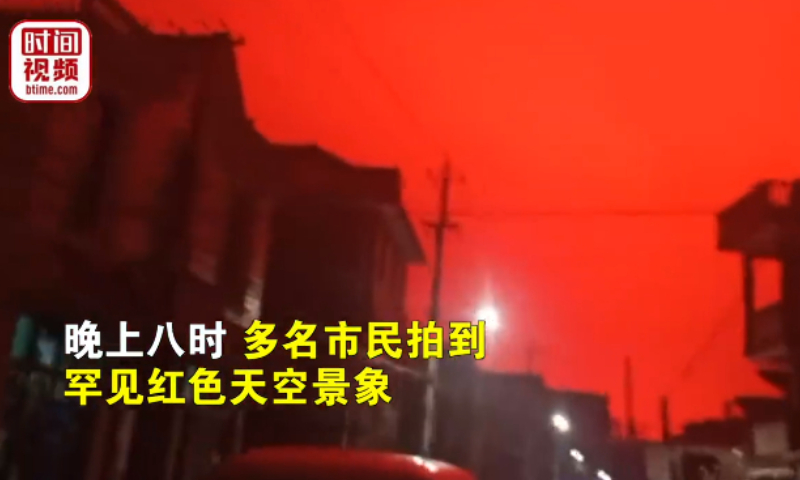 Photo of the red sky taken in Zhoushan

This all started in the port city of Zhoushan (approximately 180 miles from Shanghai) when local residents reported the sky beginning to turn a crimson red. According to firsthand accounts, the sky slowly illuminated red, starting in a small area and gradually becoming bigger and bigger. Tons of residents began posting photos and video of the strange phenomena on multiple Chinese social media platforms, some of which have now censored the videos.

First video from the scene, scroll down to see a video compilation (1:35 long)

A government-operated news agency, which is seen as a mouthpiece for the Chinese government, first said the strange phenomenon was nothing more than a “scatter of light from ships in the port.” Residents who live near the port then began debunking this claim by posting pictures of the port with no red lights illuminating from ships. Then a few hours later, another Chinese state-run news agency said the strange red light was caused by a fishing boat harvesting Pacific saury fish. The company that owns the vessel that was allegedly causing the red light, China National Fishery Co, issued a statement confirming it was their ship. After doing some digging, China National Fishery Co. is a government operated fishing company that has received hundreds of millions of dollars in government subsidies 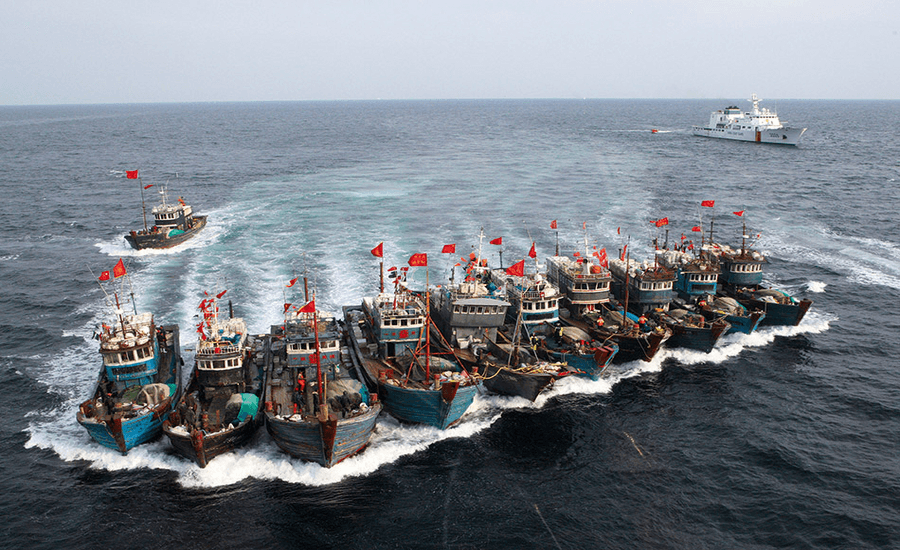 In addition, government meteorologists doubled down on the explanation saying, “when weather conditions are good, more water in the atmosphere forms aerosols which refract and scatter the light of fishing boats and create the red sky seen by the public.” Chinese meteorologists called the incident a “refraction phenomenon.” 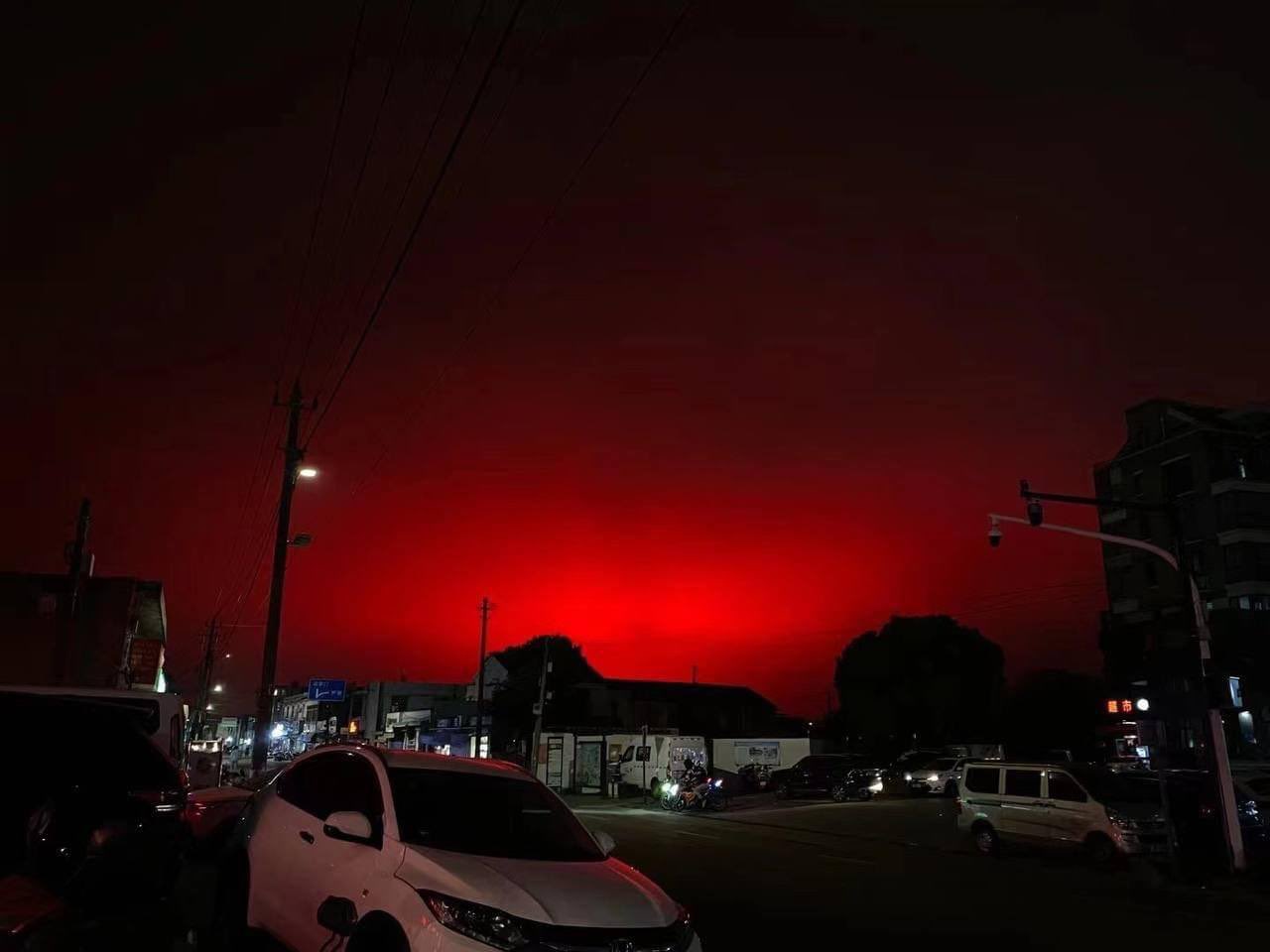 Some citizens aren’t buying the claims, with one woman writing, “you cannot tell me this was from a light on a ship. It was huge…something bigger is going on, and they are not telling us.” Another man said, “I love to call out conspiracy theorists when I can, but the Chinese government explanation is total bullshit. At first glance from the video, I thought it was a large fire illuminating the sky, but no fires were reported, making this bizarre.” 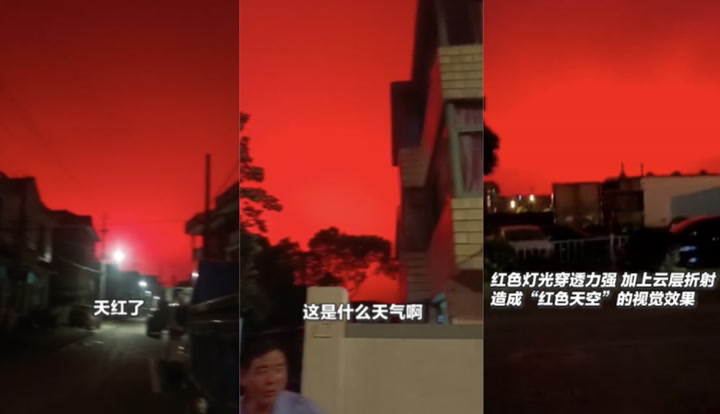