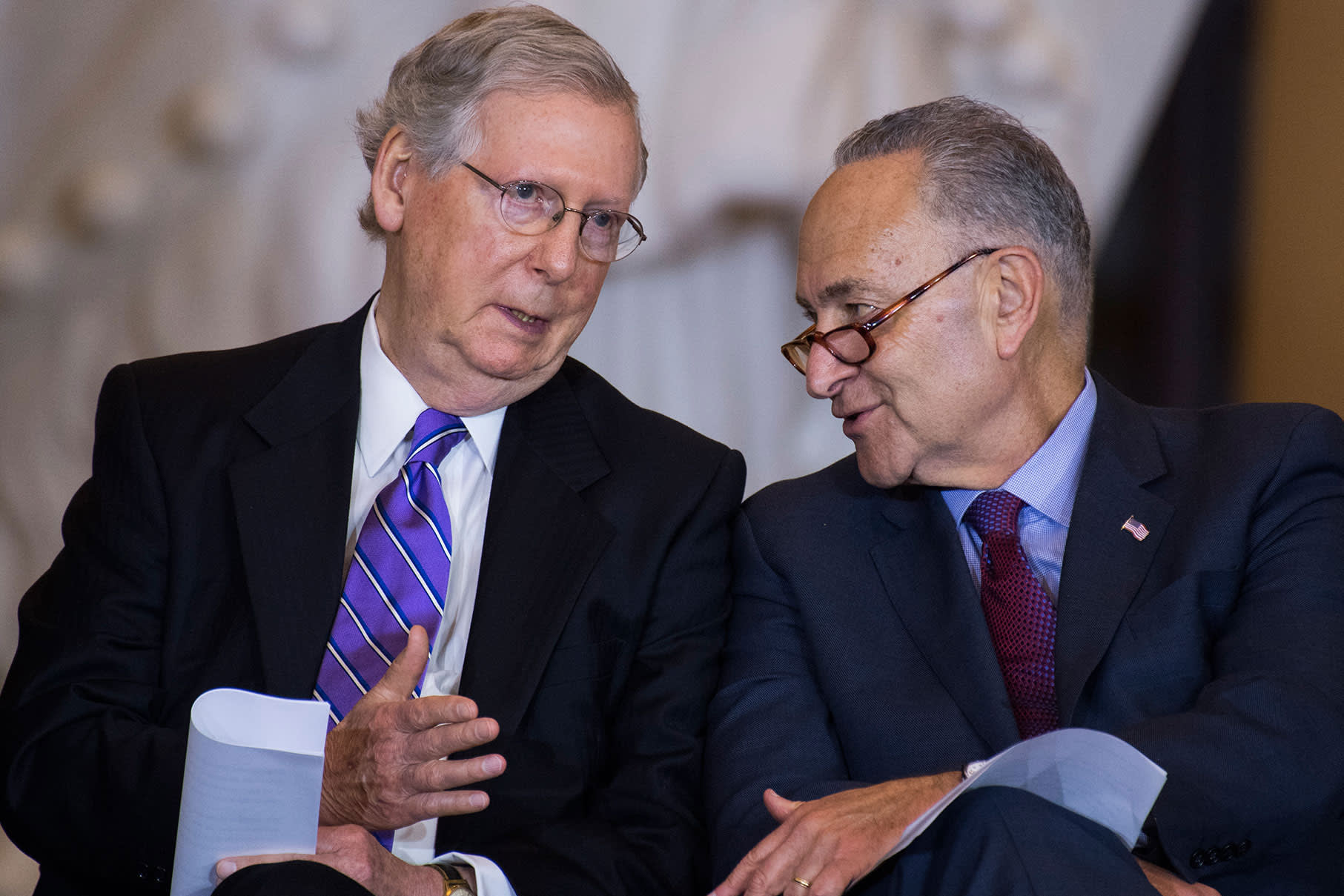 Senate Majority Leader Chuck Schumer says “If the MAGA Republicans get their way, young girls will grow up in a world where if they become pregnant because of rape, they will have no choice but to carry their rapist’s child. Can you imagine? Can you imagine?”

Senate Minority Leader Mitch McConnell is asked what Republicans intend to do on abortion:  “There are no issues which Senate Republicans believe should be exempt from the 60-vote threshold…This issue will be dealt with at the state level.”

Senate Majority Leader Mitch McConnell on protestors showing up to Supreme Court Justices homes “If protests are peaceful; yes. My house, there’s protests 3-4 times a week outside my house.”