Riots have continued throughout Sweden after a politician with the political party “Hard Line” burned a Quran.

Danish-Swedish politician Rasmus Paludan faced backlash from the Muslim community and locals who began to protest and riot because of his actions. Following the backlash, Paludan says he now plans to visit more cities and towns with large Muslim populations so he can burn additional copies of the Quran during the holy month of Ramadan. Paludan is no stranger to controversy. Back in 2017, he started making anti-Muslim YouTube videos. He has justified his actions (such as burning the Muslim holy book, sometimes wrapped in bacon) as a tribute to free speech.

Three people were wounded by gunfire after police “fired several warning shots” when they were with rocks. In a statement, police said “three people seem to have been hit by ricochets and are now being cared for in hospital. All three injured have been arrested on suspicion of committing criminal acts.”

Officials in several Muslim nations condemned the move that sparked the protests. Some of them include:
Saudi Arabia – “we condemned the agitations of certain extremists in Sweden and their provocations against Muslims”

Iraq – Warned the incident could have had “serious repercussions” on “relations between Sweden and Muslims in general, Muslim and Arab countries, and Muslim communities in Europe”

Turkey – “Sweden without hesitation must prevent provocative and Islamophobic acts” 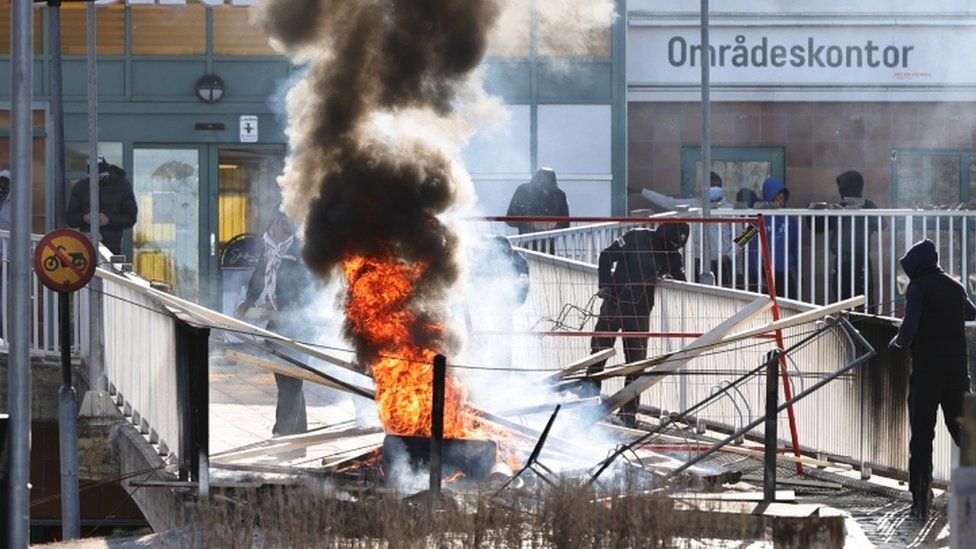