The justice department has filed a lawsuit against a towing company in Virginia that illegally auctioned, trashed, and sold personal belongings of at least seven U.S. military members deployed overseas.

Court documents submitted by the government outline multiple incidents where Steve’s Towing Inc. violated the “Service Members Civil Relief Act” (which guarantees certain financial and housing protections to active-duty members). Federal law requires towing companies to determine whether a vehicle in their possession belongs to a service member prior to auctioning it off. One claim alleges that a Navy Seal had both his vehicles towed and eventually sold by Steve’s Towing Inc. In addition, Steve’s Towing Inc. removed personal items out of the Navy Seals vehicle before selling including a “duffel bag of military uniforms and a Naval Special Warfare Development Group Sniper challenge coin.”

In a statement, Assistant Attorney General Kristen Clarke said “The flagrant disregard of a law designed to protect the rights of those in military service will not be tolerated. The Department of Justice is taking action to ensure that all service members harmed by unscrupulous actions receive just compensation. We must put an end to unlawful business practices that bring harm and distress to those selflessly serving in our armed forces.” In addition to seeking damages for those affected, the lawsuit seeks a court order preventing Steve’s towing from illegally auctioning off any service member’s vehicle in the future.

We reached out to Steve’s Towing Inc. and gave them the opportunity to comment prior to our story going up. A representative from Steve’s towing informed us that they would not be commenting due to “an ongoing court case.” An individual named Lee Gilliam has released a previous statement saying “We love our military and would never auction off an active-duty military vehicle knowingly.” 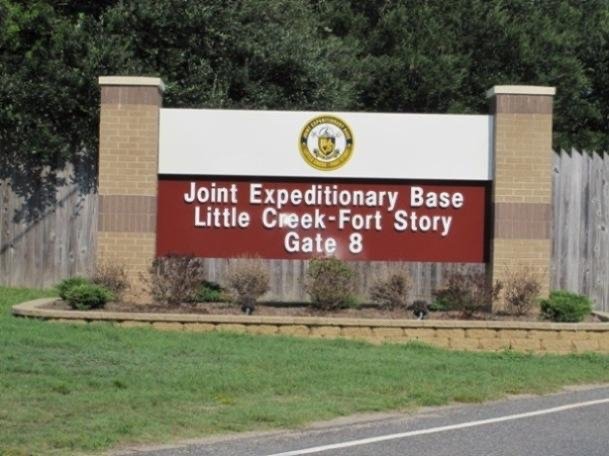 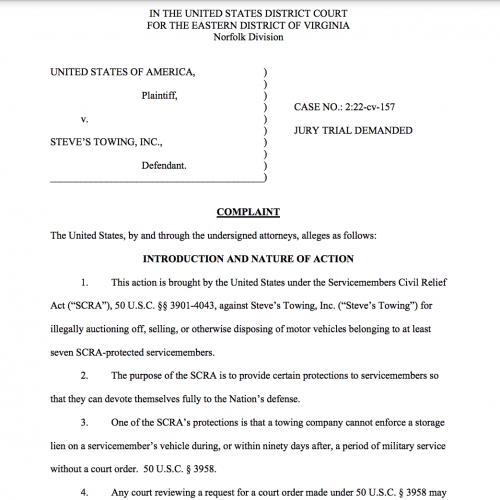