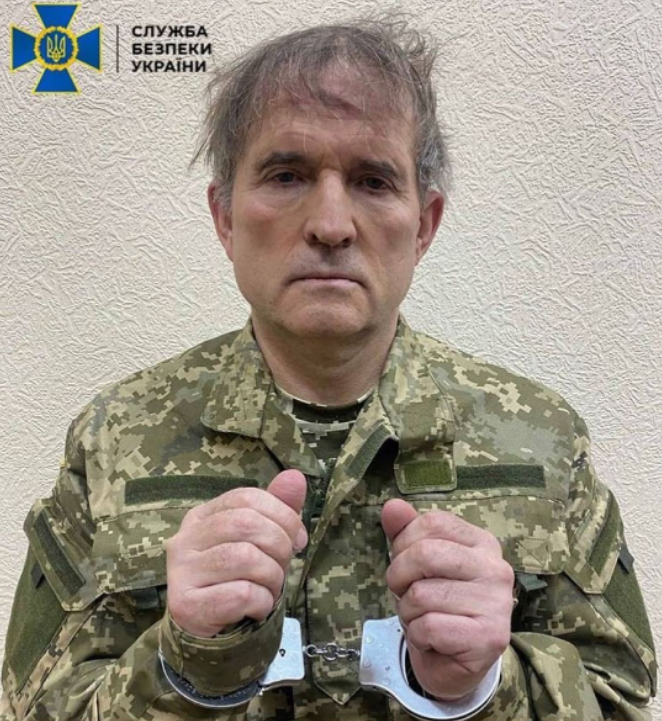 Ukraine’s Security service has announced the arrest of pro-Russian politician Victor Medvedchuk. Medvedchuk is considered a very close friend of Russian President Vladimir Putin. It has also been revealed that Putin is the Godfather of Medvedchuk’s daughter.

In May of 2021, Medvedchuk was placed under house arrest on suspicion of treason and attempted theft of natural resources. Fast forward to five days before the war, reports emerged that vehicles were seen at his estate near Kyiv, and when police went to check, he was gone. It was believed that Medvedchuk was attempting to flee the country but was unable as the Ukrainian military had set up checkpoints on all roads around Kyiv. Ukraine’s security service did not provide details on what led to his arrest.

Medvedchuk and an associate named Kozak maintained an elaborate network of pro-Russian media outlets in Ukraine. It’s alleged they received funding from the Russian government and had a reach of approximately 2.7 million people within Ukraine.

Something important to add: Medvedchuk’s wife is believed to have fled to Belarus where she then traveled to Russia and is now living in Moscow. We’ve verified this based on posts on her personal Facebook page.