Taiwan’s military has released a handbook to citizens advising them on how to prepare for a potential Chinese invasion. The 28-page handbook (which was released Monday) uses comic strips and pictures with tips on how to prepare for a Chinese invasion, where to find bomb shelters, how to distinguish air raid sirens, and how to stockpile emergency supplies. The handbook also includes information on basic survival skills for the public during air raids, massive fires, building collapses, power outages, and natural disasters.

Taiwan Defense Ministry spokesman Sun Li-fang said: “the general public can use as an emergency response guideline in a military crisis or natural disaster.” Another official, Liu Tai-Yi (an official of the ministry’s All-Out Defense Mobilization Agency) said “The guide is for the public to better prepare themselves before a war or disaster happens. We hope the public can familiarize themselves where the safety shelters are beforehand.” The news comes as China has previously said they will not “hesitate to use military action to forcibly reunify Taiwan with the homeland” 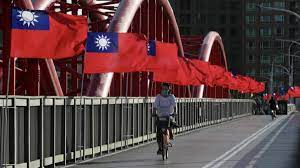 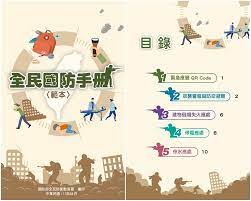