Odd Cloud Seen Over Alaska Sparks many Claims of Possible Aircraft Down, Meteor, or a UFO An unusual cloud formation over Alaska has taken social media by storm with many developing theories from a downed aircraft, UFO, meteor, or weapon being tested as the culprit. The strange worm-like cloud was pictured over Alaska’s lazy mountain on Thursday and resulted in the Alaska State troopers deploying a helicopter to investigate the area which found nothing. In a statement, the Alaska state troopers said “On Thursday morning, a rescue team on a helicopter flew a mission around the Lazy mountain area and located nothing suspicious and there were no signs of a crashed aircraft. Troopers believe that the photos and videos showed a contrail from a commercial jet combined with the rising sun which together caused the unique atmospheric sight.” The troopers also say that a commercial airliner was in the area during the incident, which was on its way to New York.

Our team analyzed flight data from the area. We have established that there was a commercial aircraft in the area (originated from Anchorage, Kalitta Air K4651). The aircraft, a Boeing 747 was 14,625 feet when it traveled through the area which was approximately 75 minutes before these photos were taken. The photos being provided were taken from various individuals between 6:43-7:18 AM (sunrise in Palmer occurs at 6:49 AM).

Many locals who live in the area are not buying the state troopers’ statement and are speculating that a meteor, downed satellite, or UFO could be the culprit. One woman speaking to a local news outlet said “we see bizarre things around the mountain all the time, I don’t believe it was contrails from an airplane. The clouds looked like it was going down, not across.” 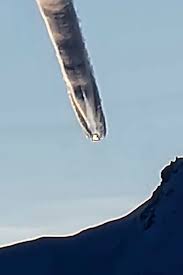 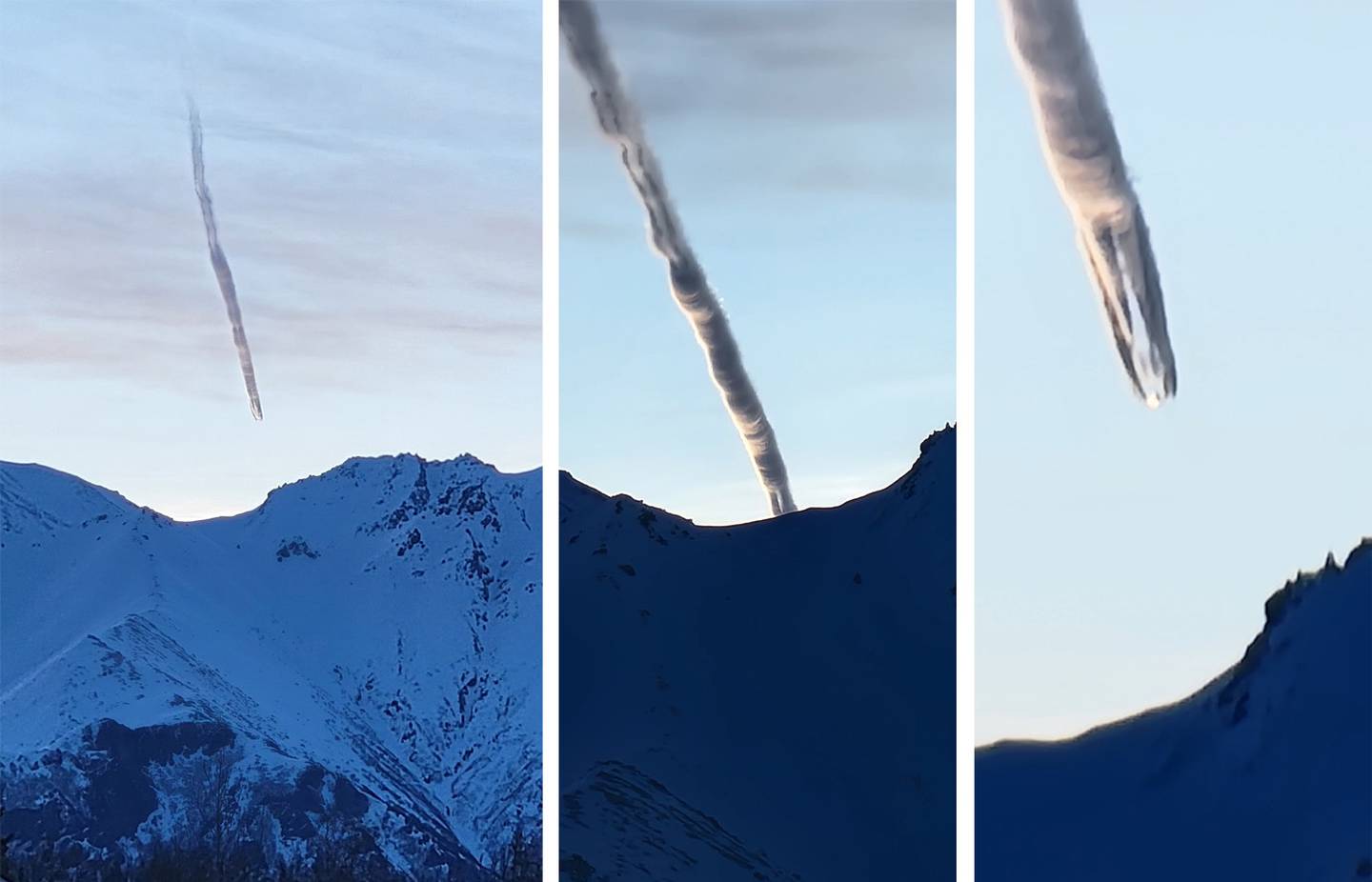