China Eastern Airlines Flight With 132 Onboard Crashes In Southern China 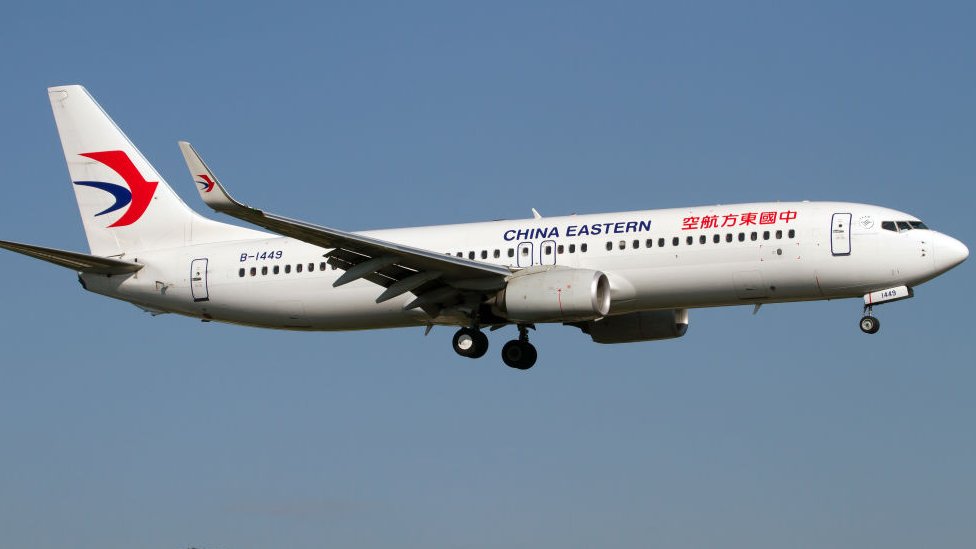 A China Eastern Airlines airplane carrying 132 people on board has crashed into a hillside in southern China. Based on initial reports, there are no survivors. The aircraft (a 6-year-old Boeing 737-800) was on a routinely scheduled flight from Kunming to Guangzhou when the aircraft dropped altitude rapidly. Flight data we have examined shows that MU5735 was cruising at an initial altitude of 29,100 feet and after two minutes dropped to 9,075 feet….approximately 26 seconds later the aircraft dropped to 3,225 feet and eventually lost contact.

The plane crashed into a hillside in the city of Wuzhou (Teng county). Firefighters arriving on the scene said the plane disintegrated and created a wildfire that broke out in the surrounding area. At the present time, the fire is now contained. Following news of the crash, Chinese President Xi Jinping ordered the country’s emergency services to begin a search and rescue operation and identify what caused the accident. Boeing has released a statement following the crash saying “Our thoughts are with the passengers and crew of China Eastern Airlines Flight MU 5735. We are working with our airline customers and are ready to support them.” 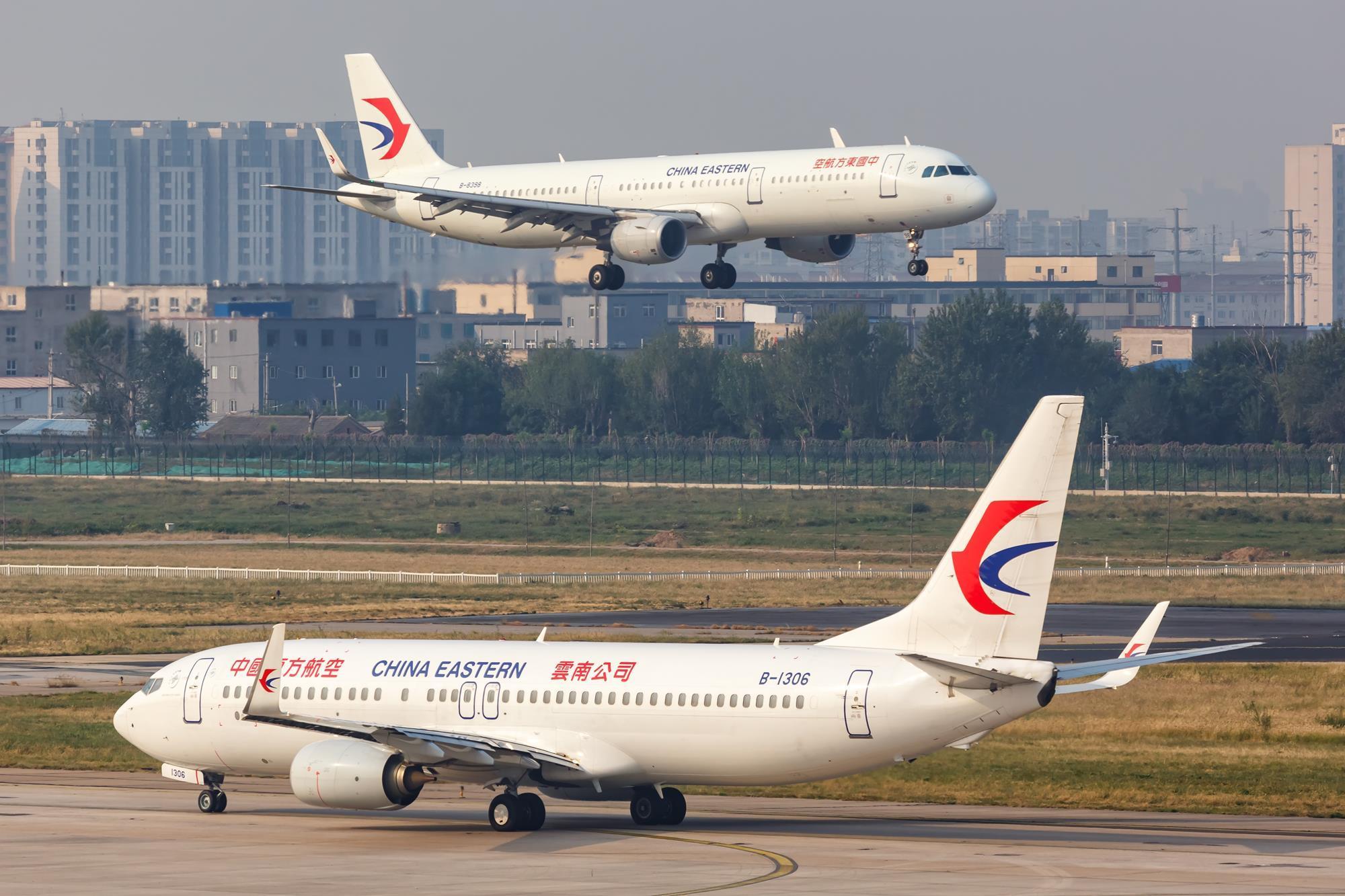 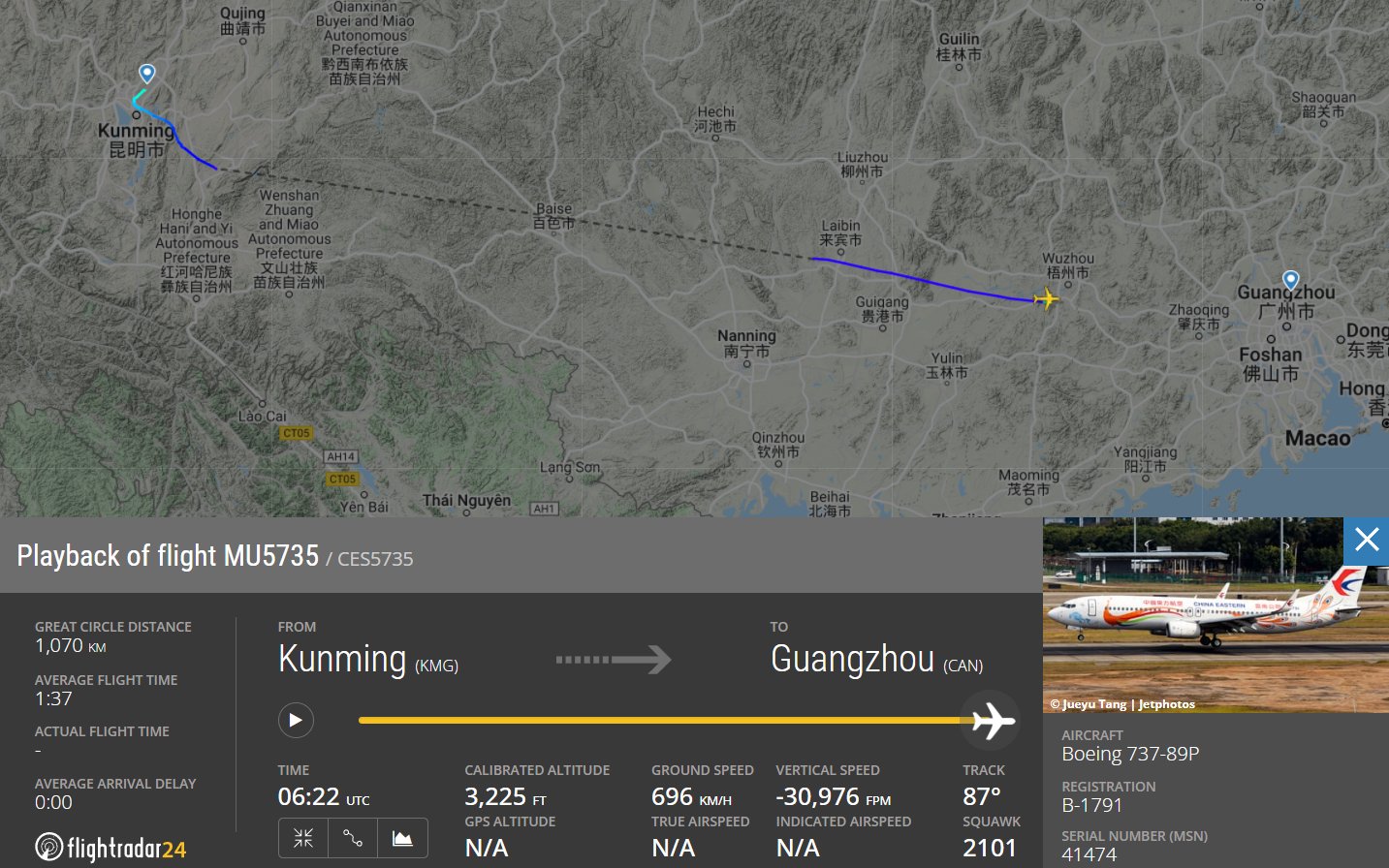