U.S. Border Officials Prepping for a Potential Wave of Immigrants Along the Southern Border as Title 42 Ends

Border officials in Texas, Arizona, New Mexico & California are preparing for a potential wave of migrants along the US southern border as the CDC is likely to end “Title 42” restrictions after many democrats (including leadership) are calling for the restriction to end.

So what’s Title 42? Let’s cut the bullshit and break it down real quick: Back in March of 2020 CDC director Robert Redfield invoked a World War II-era public health law that allowed border officials to swiftly deport migrants who entered the United States illegally. Title 42 gives the government “the power to prohibit, in whole or in part, the introduction of persons & property within the United States.” The Trump administration & CDC claimed this was necessary to stop the spread of COVID. Initially, the order was enacted for 30 days & continued to be extended (even under the Biden administration). Currently, the CDC has until 3/30/2022 to make a determination if the policy should be kept, scaled back, or terminated.

So what are Democrats and Republicans saying?

🔵Democrats: A substantial number of democrat lawmakers are calling for President Biden to end Title 42. The common message from Democrats is Title 42 is “anti-American, denies asylum-seekers due process, & is inhumane”. If Title 42 is terminated, most migrants could stay in the US instead of being deported. Senate majority leader Chuck Schumer & Speaker of the House Nancy Pelosi back title 42 ending.

🔴Republicans: All republican lawmakers in the house & senate want the CDC & President Biden to extend Title 42. The common message from Republicans is that title 42 is a “deterrent” & without it in place, the border will have an “explosion” of migrants illegally entering the US border. They also add that the border agents can barely keep up with the current situation and if title 42 is terminated there could be a “humanitarian crisis on the US border”

The Trump administration expelled over 400,000 migrants under Title 42. This occurred in 9 months.

The Biden administration has expelled over 1,200,000 migrants under Title 42. This occurred in 13 months. 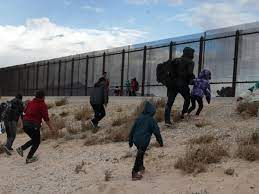 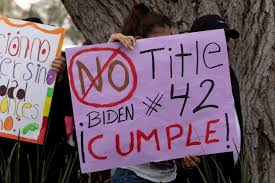