A top Russian official has issued a warning to Bosnia and Herzegovina that they could be subject to what Ukraine is going through if they decide to join NATO.

The Russian ambassador continued his remarks by slamming the United States and other western allies for driving up tensions. Following this, the Russian ambassador repeated former statements from the Kremlin insisting “we do not have any plans to invade other neighboring countries.”

The ambassador’s statement received a response from the US embassy which said “The Russian ambassador’s latest threats on Bosnia and Herzegovina are dangerous, irresponsible, and unacceptable. No third party has a say in security arrangements between NATO and sovereign countries. We will continue to stand firmly with Bosnia and Herzegovina as it takes the necessary steps to secure its place in the Euro-Atlantic community of nations.”

Couple of things you should know:
Bosnia and Herzegovina want to join NATO. If Russia was to start a military conflict in Bosnia and Herzegovina… it would require Russia to cross a handful of NATO territories including Poland, Slovakia, Croatia, Hungary, Slovenia, and the Czech Republic. 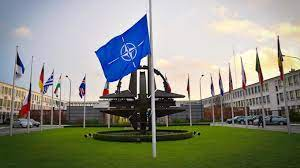 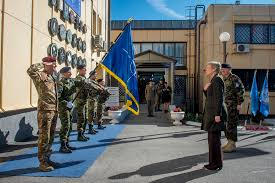