The hearing was set to examine the stock act and take up other proposals that would bar stock trading among sitting lawmakers and their families. The news comes after 58 members of Congress failed to properly report their financial trades as mandated by the Stop Trading on Congressional Knowledge Act of 2012, also known as the stock Act. In addition, criticism has clouded high-ranking Republican and Democrat lawmakers’ trades in recent years. 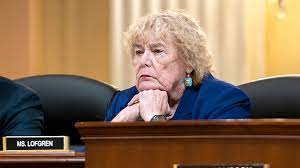