Alisher Usmanov had his mega-yacht seized by German officials in the northern city of Hamburg. The 512-foot yacht “Dilbar” was in a Hamburg shipyard for a refitting job by the firm Blohm+Voss. Usmanov was personally sanctioned by the European Union for having alleged ties to Russian President Vladimir Putin.

>In 2016, Usmanov purchased Dilbar for $600 million from German shipbuilder Lürssen. The ship was custom built and took over 4 years to build. At 15,917 tons, it’s currently the world’s largest motor yacht by gross tonnage. The ship boasts two helicopter pads, a sauna, beauty salon, gym, 12 bedrooms for guests, and the largest indoor swimming pool ever installed on a private yacht. Usmanov has released no comment following the seizure.

The news comes as Russian billionaires continue to move their mega-yachts and private jets away from countries that have imposed sanctions on Russia. 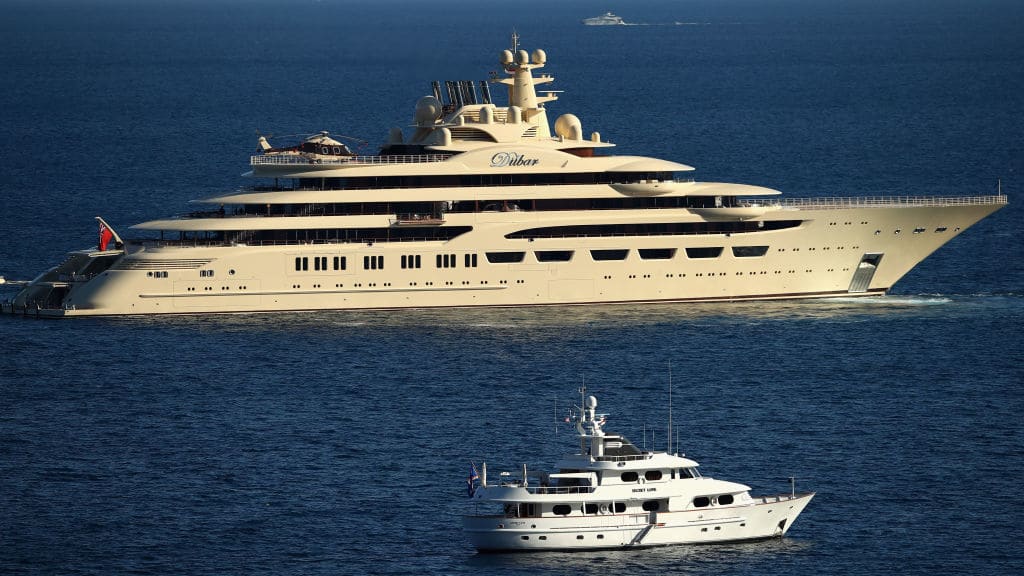