Russian President Vladimir Putin Announces Military Operation in Ukraine, Says Anyone who Interferes Will be met With “Consequences They Have Never Seen”

Russian President Vladimir Putin has announced in an emergency address to the people of Russia that he has instructed his troops to conduct a “military operation” in Ukraine.  In a statement, President Putin said“Russia cannot feel secure, We have no other choice but to use the means we are about to announce. I have declared a special military operation,”

President Putin has also demanded Ukrainian forces lay down their arms if they “want to return to their families” and stated any country that attempts to interfere with the military operation in Ukraine will see “consequences they have never seen”. A motorcade carrying reportedly president Joe Biden has left the White House and is heading to Virginia… presumably to the pentagon. On the contrary, Biden just released a statement saying he’s at the White House 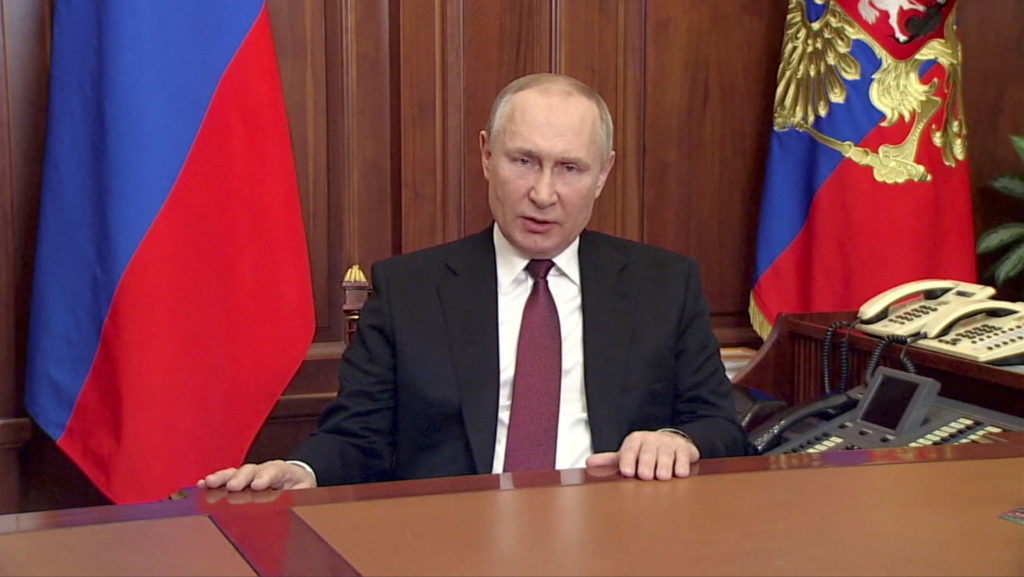