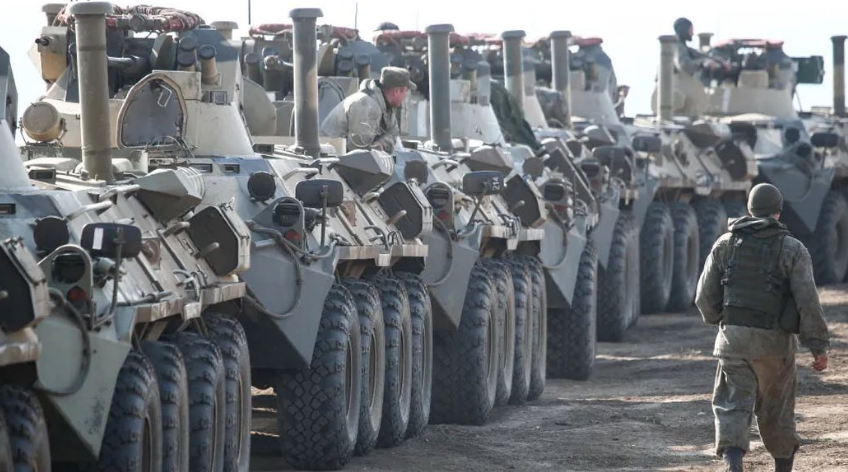 Massive amounts of troops are being bussed in and Russian military equipment entering the Donbas area. Russian troops are reportedly bringing in heavy machinery including tanks, artillery, and attack helicopters. Additional reports indicate heavy movement of Russian assets heading to the border from within Russia.

Since Russian troops entered the region, there have been no reports of clashes between Russian-backed separatists and the Ukrainian government.