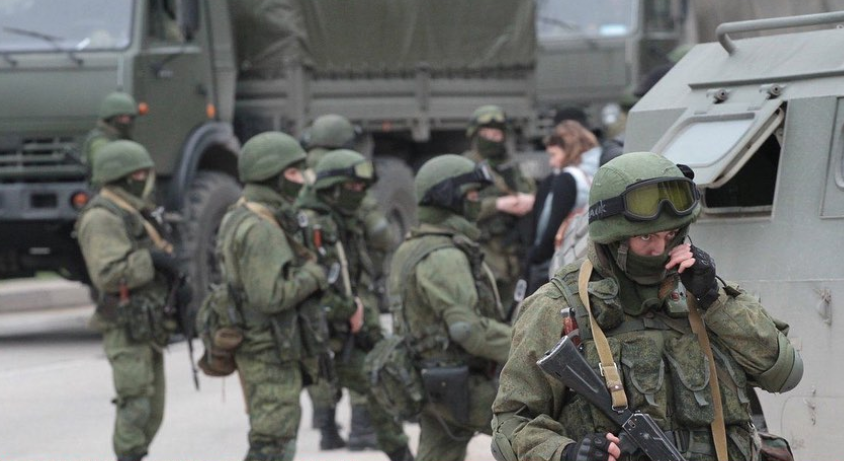 The Pentagon is monitoring the heavy movement of Russian troops and machinery at the border of Russia & Kazakhstan. The news comes as citizens of Kazakhstan have rioted around the country and are now raiding military armories in order to fight the government.

President Joe Biden has been briefed on the rapidly deteriorating situation and there is significant reason to believe that Russia is preparing to intervene in Kazakhstan as citizens continue to take to the streets protesting gas prices (which went up almost 200%). Earlier today, workers at 3 major oil facilities in the country walked out on their jobs with some attempting to destroy the facilities.

In addition to gas prices, citizens are also protesting new COVID restrictions that require the public to provide proof of full vaccination status in order to enter malls, bars, restaurants, and other venues. Earlier this week there was also talk of requiring citizens to be fully vaccinated in order to enter banks (this has not happened yet). Kazakhstan’s new COVID restrictions were set to go into effect on January 5th (today). This crucial element has been heavily underreported by global media outlets, with most declining to mention it at all.

Russia has accused the United States of causing the unrest which prompted a response from White House Press Secretary Jen Psaki saying “There are some crazy Russian claims about the US being behind this. Let me just use this opportunity to convey that as absolutely false, and clearly a part of the standard Russian disinformation playbook”. 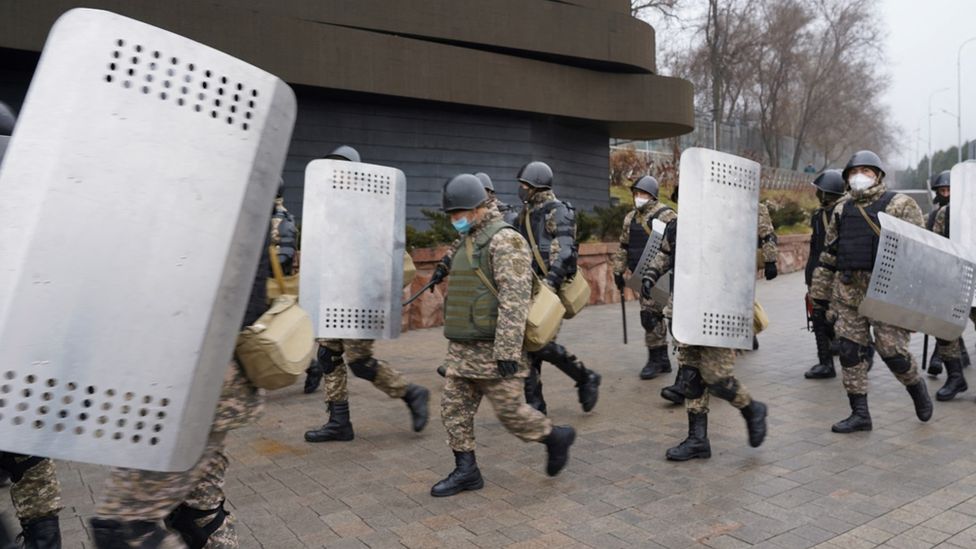 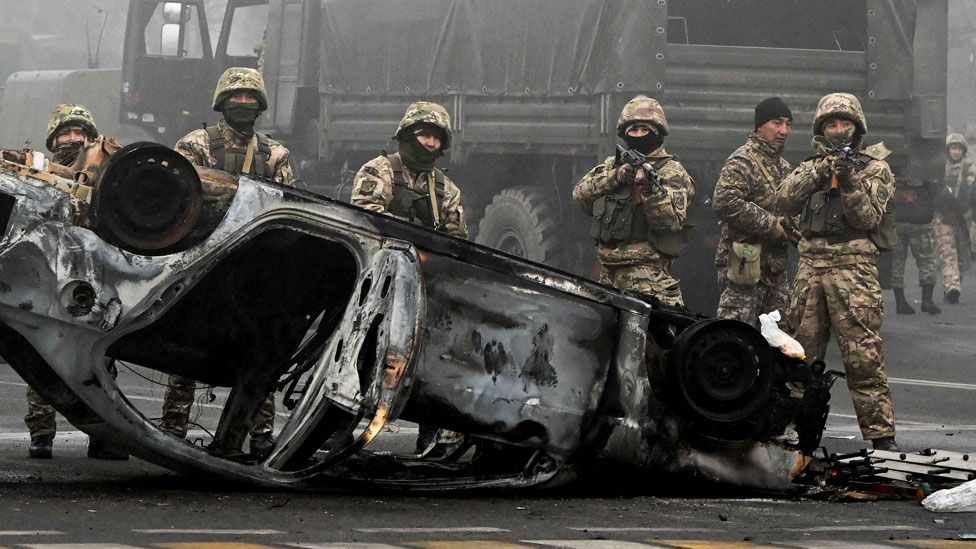 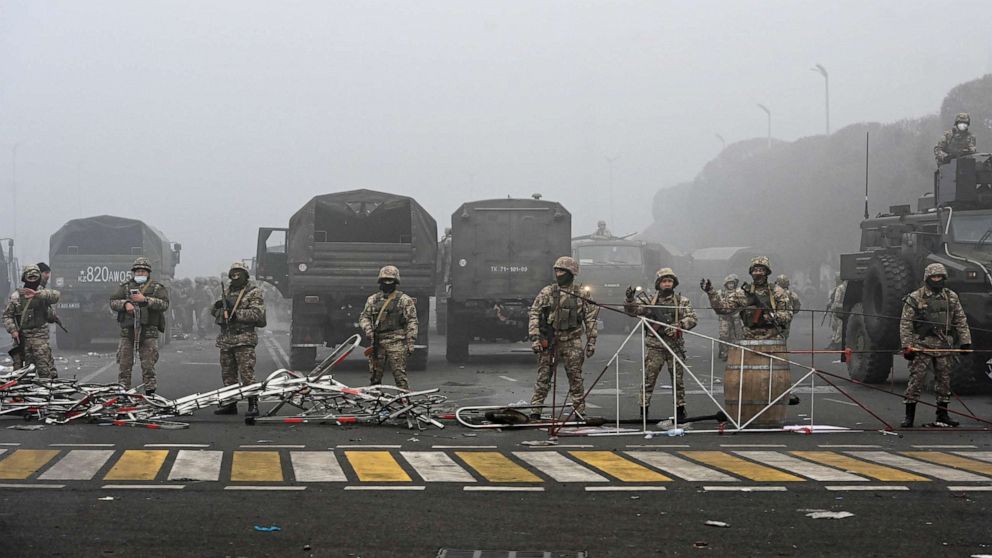 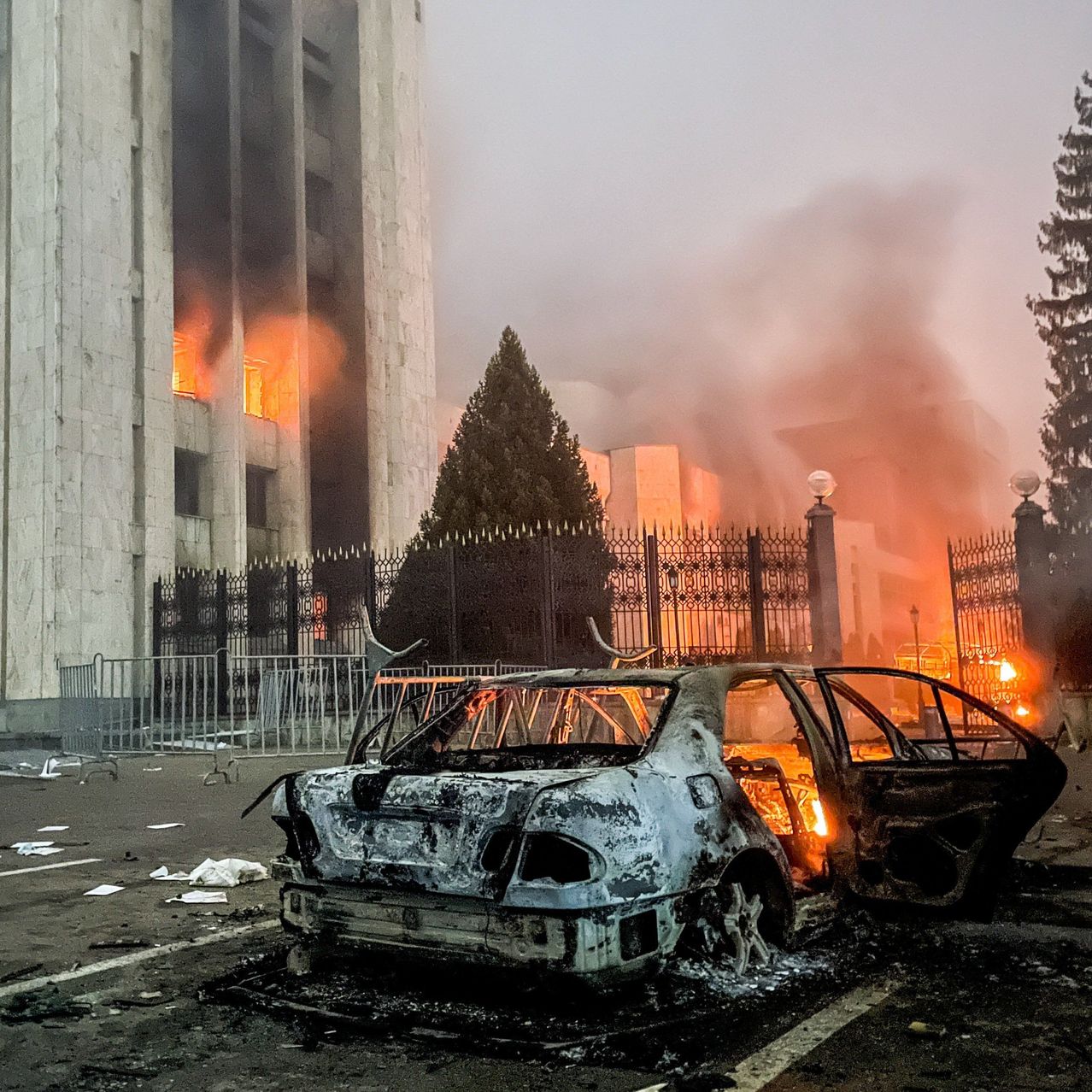